From ImpVis Wiki
Jump to navigation Jump to search

Intended Use and Audience

Learners are expected to have an basic understanding of how PCR functions as well as the purposes of using this technology, which are part of the standard A-level Biology curriculum.

qPCR is a laboratory technique widely employed in life science related subjects. It is build upon the foundation of PCR, a technological innovation allowing exponential amplification of genetic material. qPCR (Quantifying PCR) builds directly upon this concept, while enabling researchers to monitor the quantity of genetic material in real time as they amplify, hence the name qPCR or real-time qPCR. Through the analysis of data generated by qPCR, researchers will be able to conclude the presence or absence of a gene inside samples, as well as comparing their amounts in relative terms. Its most recent usage that gained global attention was its contributions to combating COVID-19 through viral DNA testing, which is considered the most accurate test to discover a current infection even in asymptomatic individuals.

After using this visualization, students should be able to explain how changes in Ct values from a q-PCR experiment relate to changes in the numbers of copies of a gene that a cell contains (for example, a cancer cell upon treatment with a drug).

The overall flow of the visualization are divided into two parts:

Each of these parts will be explored with multiple slides aiming to introduce material to students in manageable bits. For instance, PCR principles will be dissected down into lab flow, protocols, reagents, etc., whereas PCR results will be explored by taking apart separate data for examination first before bringing them together to form the bigger picture.

The entire project has been put together in a Powerpoint, available here.

An example mockup animation, for PCR is available here. 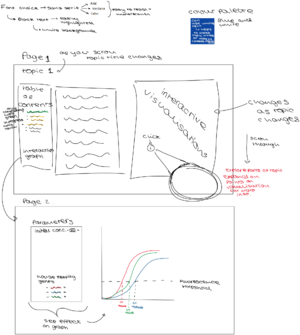 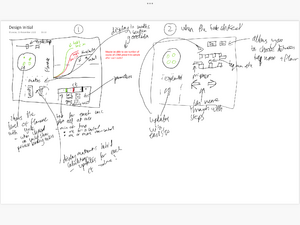 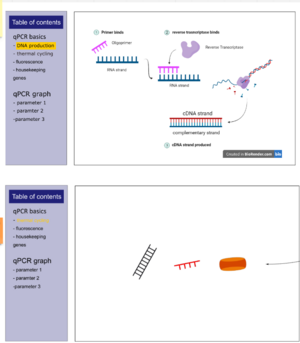 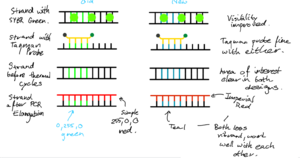 Comparison of old and improved design. 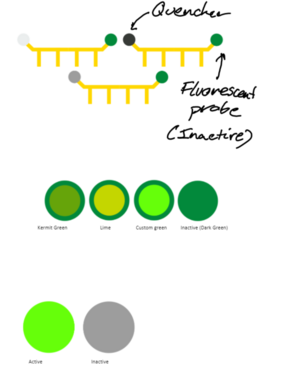 Design of probe and SYBR Green 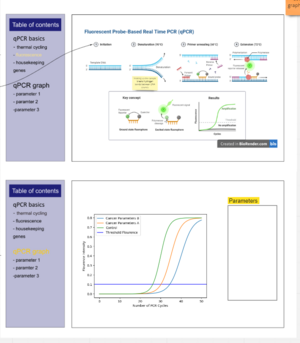 More slides of the revised visualization